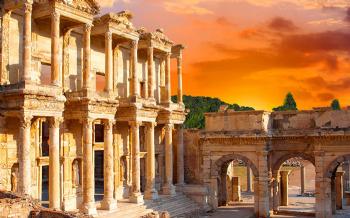 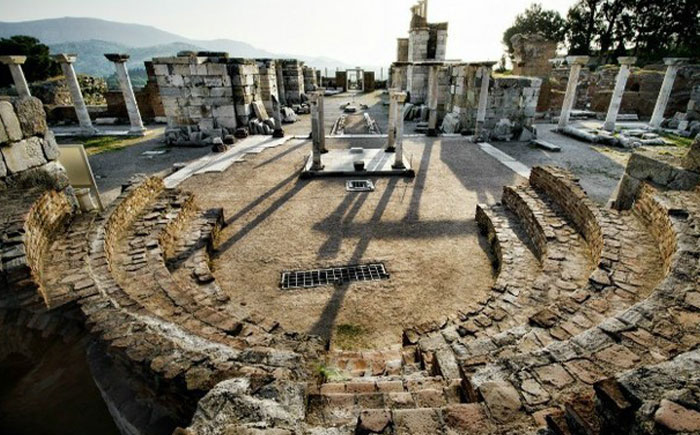 According to today's data, we are starting our journey towards Selçuk district of İzmir, which is an open air museum of approximately 8600 years old, which has traces of different historical periods, religions and cultures in each corner.

After taking our breakfast as an extra in one of the flavor routes of the travelers on the way to Selçuk Şirince village, we go to the Temple of Artemis, built in honor of Artemis, the chief goddess of Ephesus, which is considered to be one of the seven wonders of the ancient world. After the rest of the temple and the view of Selcuk Castle, Isa Bey Mosque and St. Yahya Basilica in the background, we climb the holy Bulbul Mountain to visit our next stop, the House of Virgin Mary.

According to Christian belief, after the crucifixion of Jesus, the apostle John, who came to Ephesus with Ephesus, spent his last years and believed to be the place where he ascended to the sky. After visiting the small chapel structure of today, our guests can fill their bottles with healing waters. they can write and leave their wishes on the wish wall right next to it. After our visit to the House of Virgin Mary, we take the descent towards Ephesus Antique City built by Bülbül Mountain and Panayır Mountain by Lysimakhos, one of the generals of Alexander the Great, accompanied by delta plain formed by alluviums carried by Küçük Menderes to the Aegean Sea and Seljuk landscape.

Our visit to Ephesus Antique City, which was accepted as a Mir World Heritage Site olarak as a unique and extraordinary representative of the history of humanity on July 5, 2015 as a result of years of studies, starts from the kapı upper door alt and alt bottom bil to see the beauty and magnificence of the city. We meet with our vehicle at door.

After having an extra lunch in a restaurant that suits you, we visit the Ephesus Museum in Selcuk, which has been restored in recent years. Among the most interesting works in the Ephesus Museum are the Artemis statue of Ephesus, Eros with dolphin, Eros with rabbit, Eros head, Priapos statue, Egyptian priest statue, Isis statue, various mythological god and goddess statues and Socrates head. After visiting this rich and modest museum of the magnificent city of Ephesus, we visit the Isa Bey Mosque, which was built by Aydınoglu İsa Bey in 1375 at the foot of Ayasuluk Hill by using the ancient ruins in the vicinity.

After our visit to the mosque, we head over the Ayasuluk Hill, where St. John's Basilica is located, on the top of a mountain 10 km away from the center of Selcuk, and we head towards Sirince, a charming village between vineyards, peaches and olive trees, a perfect synthesis of Turkish-Greek culture. During our free time, guests can explore the streets of Sirince, which houses centuries-old houses, taste the famous Sirince wine or coffee in the sand, and shop on the cobbled streets. After completing our trip to Sirince accompanied by sunset, we go back to your accommodation.

Included in the Price

Send Review
No review yet. Feel free to share your view with us.

This journey full of history and culture can be the most full holiday you can see in your life. The places you will visit all day long will be a good memory in your life.

Thank you. Your request has been sent. We will get back to you as soon as possible.