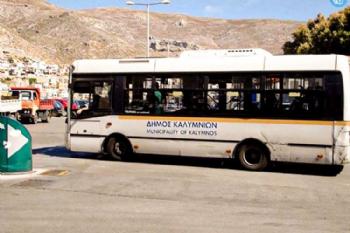 Ferries depart from the port of Piraeus 3-4 times per week. From Turkey, Turgutreis port, has trips to Kalymnos a few days in a week during summer season.

There are ferries from Piraeus to Kalymnos 3 times a week. As the distance is long, the trip takes about 10 hours. These ferries connect Kalymnos to other islands of Dodecanese, including Rhodes, Kos, Leros, and Patmos. Local ferries from Mastihari Kos also run to Kalymnos 2 or 3 times a day, all year round. From the small port of Myrties in western Kalymnos, there are daily boats to the secluded islands of Telendos.

Kalymnos is located on the northern side of Dodecanese and close to the Turkish coasts. From Turgutreis port, has trips to Kalymnos a few days in a week during summer season.